Mitigate the Impact of the Fourth Industrial Revolution on Indian Society: Education Reform for Future and In-service School Teachers

The 4th Industrial Revolution (4IR) is a fusion of advances in artificial intelligence, robotics, the Internet of Things, and more. As a result of this technological storm, the 4 IR is paving the way for transformative changes in the way we live, work and are governed. In 2016, a City and Oxford University joint report estimated that 57% of jobs are at risk due to automation. According to the McKinsey Global Institute, artificial intelligence could replace 800 million jobs by 2030.

As the economists Erik Brynjolfsson and Andrew McAfee have pointed out, the revolution could yield greater inequality, particularly in its potential to disrupt labour markets. With the growth of automation, artificial intelligence will replace workers across a vast spectrum of industries and sectors. Martin Ford - in the Rise of the Robots: Technology and the Threat of a Jobless Future – states that the jobs most at risk are those which are on some level routine, repetitive and predictable", as these tasks are possible to be replicated through Machine Learning algorithms

To mitigate the impacts of the fourth industrial revolution on Indian society, there is a need for educational reforms that will help the Indian youth to develop skill sets relevant to the changing market demands. Employers will require human resources capable to analyse problems rather than to solve them. Problem-solution tasks will be more and more codified within algorithms and assigned to artificial intelligence.

Machines cannot be as creative, as analytical and as critical as us humans are. In this light, EDUREFORM sees the need to nurture these skills because the tasks requiring a high degree of imagination, creative analysis and strategic thinking are harder to automate. In an effort to foster these required skills and to mitigate the negative impacts of the fourth industrial revolution on Indian society, the EDUREFORM project aims to empower secondary school in-service and pre-service teachers so that they can foster critical, creative and analytical thinking skills among secondary school children.

Coordinated by Chitkara University, EDUREFORM is a project co-funded by the Erasmus+ Programme of the European Union, comprising four Indian universities, four European universities as well as two Secondary schools and one SME, having expertise in the field of education. The final aim of EDUREFORM is to promote consciousness and to empower Indian future and in-service secondary school teachers to mitigate the expected societal impact of the Fourth Industrial Revolution

Erasmus+ is the EU's programme to support education, training, youth and sport in Europe and in Partner Countries. Its budget of 14.7 billion provides opportunities for over 4 million Europeans to study, train, and gain experience abroad. The Capacity Building in Higher Education action aims to support the modernization, accessibility and internationalization of higher education in Partner Countries - including India. The Capacity Building Action contributes to the development of sustainable and inclusive socio-economic growth in Partner Countries and should ensure development and EU external actions objectives and principles, including national ownership, social cohesion, equity, proper geographical balance and diversity 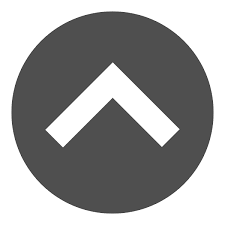